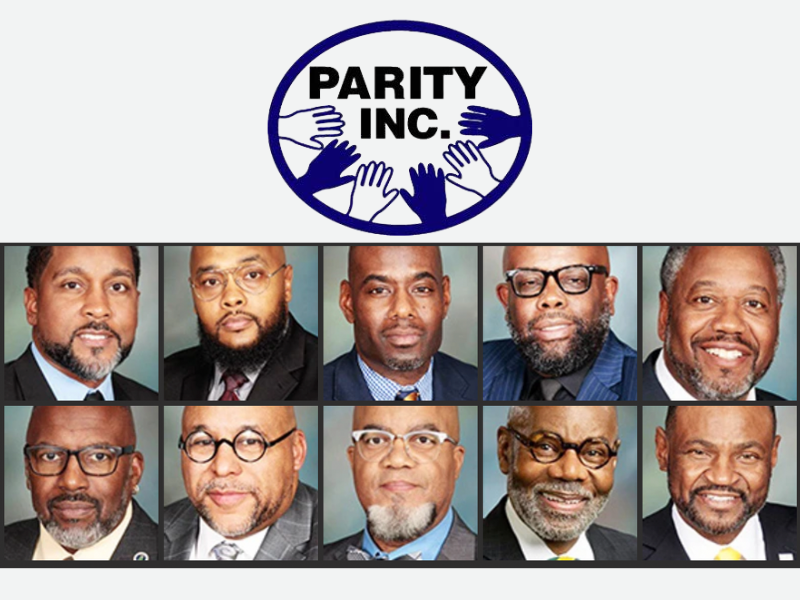 Since 1994, Parity Inc. has recognized and honored nearly 300 successful African American male leaders. Each year this group includes men with outstanding professional credentials and a legacy of service in the community.

Dr. Charlton is also the founder and Executive Director of the Amiri Project in Dayton, Ohio, which provides healthy lifestyle awareness and education to young African American males and makes them aware of careers in healthcare. He is an accomplished healthcare professional with primary care, radiology, and hospital administrative experience and was the first African American to serve as Director of Radiology at Wilson Memorial Hospital.

Mr. Davis has been an educator, mentor, and coach of youth for the past 10 years. He has volunteered his talents as the Director of Freedom Schools. He also created Girls Talk and Brothers Impacting Brothers in his leadership role for the Jefferson Township school district.

Mr. Glover was formerly in a leadership role with the Minority Business Partnership with the Dayton Area Chamber of Commerce. He was drafted in the 2002 NFL Draft to the Pittsburgh Steelers and played for the Cincinnati Bengals and in the Canadian Football League for 10 years. He is the Founder of the Glover Youth Program, which provided residential placement, mentoring, life skill development, and vocational training for teenagers in the Juvenile Court system.

Mr. Heard interacts with all levels of the organization and patient population at MVH. He and members of his congregation assemble meals for distribution at the RTA hub in downtown Dayton. Jon meets bi-weekly for “Breakfast with the brothers”, which was initially created for African American males, with today, welcoming men throughout the region. This program allows participants to have a safe space to talk, laugh, edify, and support each other.

Area Director at Dayton Urban Young Life, which is a teen mentorship program based on sharing the gospel of Christ

Mr. Keith has served Miami Valley Works as a job recruiter and volunteered at Mound Street Academies as a recruiter and retention specialist. He is a licensed pilot and strives to expose young people to the world of STEM. He has served Dayton Public Schools as a PTA President and Freshmen Transition Coordinator, and is an Executive Committee member of Parity’s Black Leadership Development program.

Legislative Liaison at Wright-Patterson Air Force Base (WPAFB) and retired from the U.S. Air Force

At WPAFB, Mr. Lyle advises the 88th Air Base Wing and installation commander on legislative topics. Previously, he worked as a Public Affairs Specialist, where he worked on civic outreach and military ceremonies. Mark volunteers as a mentor for the Montgomery County College Promise and Fatherhood programs. He is also a supporter of people struggling with addiction and volunteers in the support of veterans at Southern Care Hospice.

Mr. Newsom where he collaborates with community partners to plan, develop, and implement services to help African American fathers to be better parents. He also is the Co-chair of the Montgomery County Office of Reentry's Community and Family Engagement Subcommittee. He partners with Public Health Dayton/Montgomery County to help combat infant mortality and is an Adjunct Professor at Sinclair Community College where he teaches the Advanced Job Training Program to incarcerated individuals.

Dr. Perry has been a leader in the MVH Burn Center, which is the region’s only burn unit. He leads a team of clinicians in providing care to those who have suffered some of the most severe injuries. As a former collegiate player, he has taken those skills and the leadership skills from his profession and now coaches young high school football players. He uses his love of football as a torch to mentor students across the region.

Dr. Pinkard’s passion is to make sure young African Americans can attend and graduate from college, especially Wilberforce. As president for the last five years, he implemented policies and hiring strategies that moved the university from academic probation without sanctions. Dr. Pinkard actively participates in print, radio and television interviews that informs the community on the importance of Wilberforce, which is the nation’s first private historically black college/university.

LAIB is a company that provides leadership and life-skills development training program for pre-college students with an emphasis on African American males. Dr. White has more than 30 years of leadership experience and recently provided consultation for business growth in healthcare serving individuals with developmental disabilities. He is a veteran of the United States Air Force and a retired Sergeant with the Riverside Police Department, where he became the first African American to achieve the rank of Sergeant.

Parity Inc. has been at the forefront in the fight for diversity and equity in the Greater Dayton Area for more than three decades. Chairman of the Top Ten African American Male Committee, Brian Sanders, stated, “Throughout the years we have honored many great African American men and this year’s honorees have truly made it their priority to serve and mentor, especially our students.”

This year, the Top Ten African American Male Luncheon will take place on Thursday, Feb. 16, 2023 at Sinclair Community College Ponitz Conference Center, from 11:30 am until 1 pm. Tickets are $75. To purchase tickets or to sponsor a table, please call (937) 818-2241 or email at [email protected] 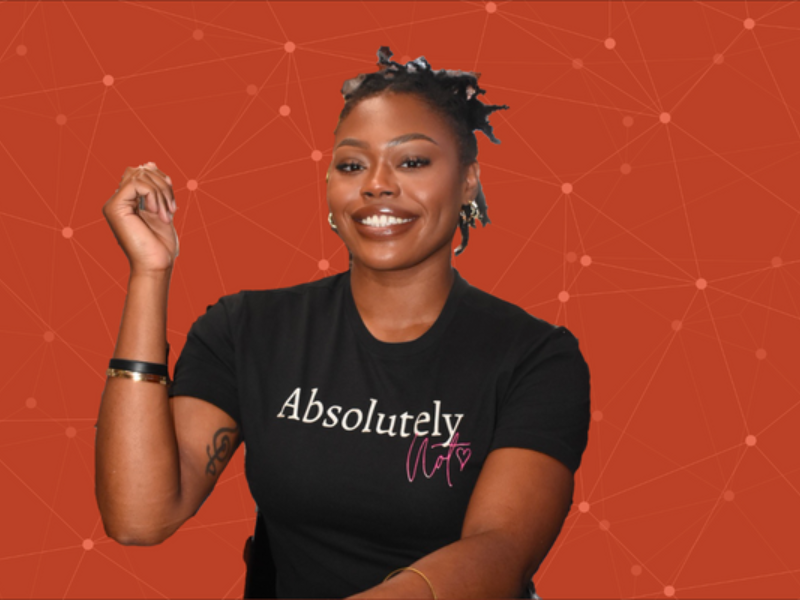 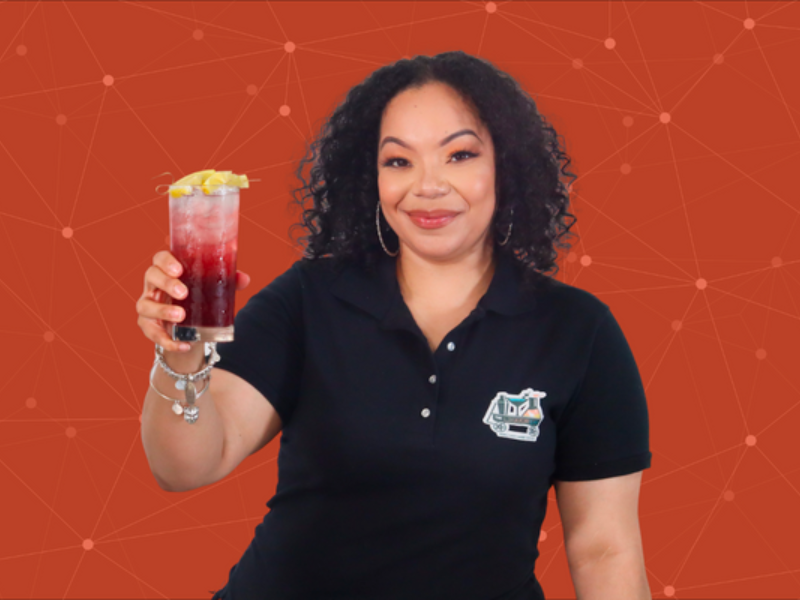 At The Liquor Lab, LaTasha brings the bar to you
LaTasha Coleman built her career in the bar & restaurant industry because she loved watching her 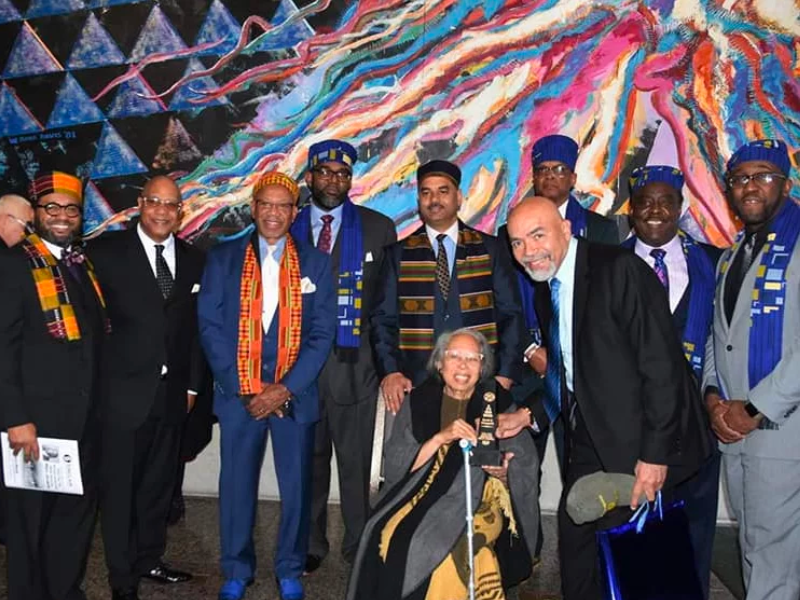