Commentary: From Juneteenth to Reparations: Reclaiming Our Stolen Stories 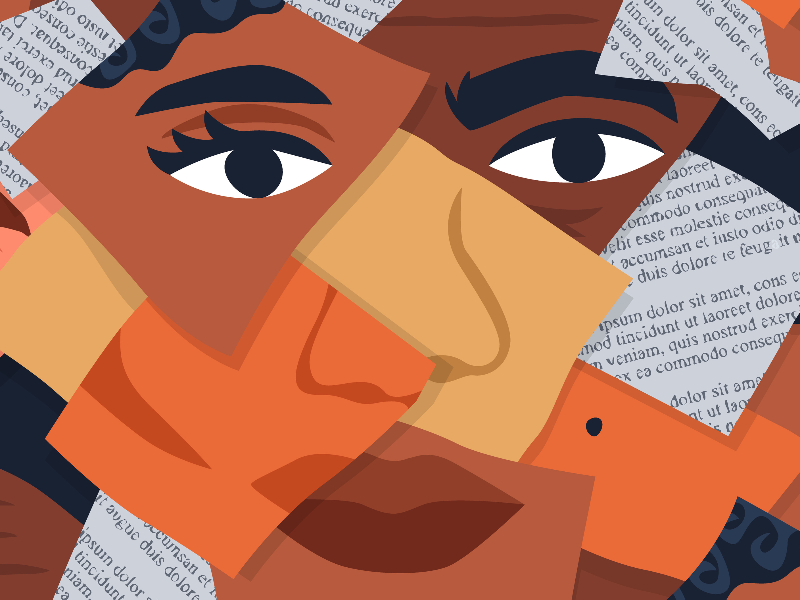 (Editor's Note: This commentary originally appeared in YES! Magazine. It is being republished here with permission.)

Do you know the story of Juneteenth?

Can you imagine it?

June 19, 1865, the day that General Order No. 3 “informed all Texans that, in accordance with a Proclamation from the Executive of the United States, all slaves were free,” is the day that we know as Juneteenth today.

We can imagine asking:

What kind of jubilee floated into the air that day?

Do you think the exaltations shook fear out of the ground?

What songs gave sound to words with no language?

Juneteenth (“Emancipation Day” or “Jubilee Day,” as it was called in most early accounts) is a celebration of the news that informed Black people throughout Texas that the institution of slavery had been abolished—despite the Emancipation Proclamation marking the legislative end of slavery nearly two and a half years earlier. The day is celebrated throughout the United States with processions, speeches, art, and dance. It was only last year that it was declared a federal holiday, bringing it into mainstream consciousness.

The media system, from news and publishing to music and entertainment, helped construct the narratives that played a critical role in upholding violent institutions like slavery. A world where Black people of the diaspora get to tell their own stories, from ideation to distribution, is possible. Just as Juneteenth was inevitable, so is the realization of reparations. In order to achieve full reparations, we need to reconstruct media systems built on violence, specifically anti-Black violence.

After slavery, media fueled the next horror: Jim Crow

Juneteenth took place during an era known as Reconstruction. In the years following the abolition of slavery, formerly enslaved Black people began to use their new freedoms to make strides in various sectors of American life. Reconstruction was supposed to serve as a redress to slavery. New opportunities for Black people began to materialize but were never fully realized. While Black townships, politicians, and businesses began to thrive, a White backlash, or “Whitelash,” followed and ultimately undid all the legislative ground that was gained—and Jim Crow laws and practices delivered a new era of violence.

A major driver of this undoing was media outlets and the narratives they promoted. The Daughters of the American Confederacy and many other forces spearheaded rallies, speeches, books, stories, and even films to perpetuate a false revisionist narrative known as “The Lost Cause”—the idea that Confederates were not brutal enslavers and traitors to the United States, but heroic victims of Northern aggression. These ideas took root and gave way to “Blue–Gray Reunions” that saw Union and Confederate veterans reconciling and uniting behind White supremacist ideology, giving way to a national acceptance of lynchings and a century of Jim Crow laws.

Many in the South became convinced that Black people had been happy members of Southern plantation families, like those portrayed in the book and film Gone with the Wind, and that firsthand accounts of the horrors of slavery had been fabricated.

Because none of these narratives were explicitly refuted, we have yet to get full restitution for the atrocities committed during slavery and in the decades since. We’ve yet to see systems change enough to ensure the full thriving of all people. We’re still seeing lies about the truth of chattel enslavement, Jim Crow, and ongoing institutional violence against Black people.

There is a long list of the harms of capitalist White supremacists from 1704 to the present day in our media system, which we chronicle in a 100-page essay for the Media 2070 project. This list includes how, during the colonial era, the very first newspapers profited off of human trafficking through ads promoting the purchasing and selling of Black people.

There are links between this historic practice and how the federal government later allowed Southern broadcast-license holders to use the public airwaves to foster violence against Black people during Jim Crow. In the modern day, we see a continuation of the anti-Black trends in media as Big Tech is profiting off of surveillance that disproportionately targets Black people and as social media is overrun with disinformation aimed at our communities.

Because of all of this, in a sense, Reconstruction is still ongoing. Until we get back what was stolen from us, the fight for media reparations will continue.

Repairing the harms done by media

Free Press, a media advocacy organization, houses the Media 2070 project, which seeks to create a future ripe with the capital needed for Black people to control the creation, production, and distribution of their own stories.

The Media 2070 project is centered around creating a media system in which Black stories, like the one about Juneteenth, are told in their fullness without being co-opted or condemned. Narrative and media are important levers of redress as we grapple with a media system that is intricately tied to violent systems like slavery.

Even as our media systems have fueled racial injustice, our ancestors and elders have crafted their own narratives via stories of resistance and resilience, such as the trailblazing journalist Ida B. Wells-Barnett, who documented lynchings. We honor the alchemy of Black folks who are still creating culture and cultivating new and old technologies, like community-sourced news outlets, zines, and information-sharing on social media.

In the face of oppression, we tell a story of struggle paired with deep-seated joy and hope for tomorrow. Despite many of the earliest portrayals of Emancipation Day (Juneteenth) celebrations being racist, papers throughout Galveston described Juneteenth celebrations over the years as being filled with processions, parades, song, and dance.

That original Emancipation Day celebration offers inspiration for how we can move forward in crafting our own narratives and help create a new media system. How we enjoy one another’s company, listen to each other’s stories, march in solidarity with one another, and dance while doing it all is where the portals of reconstructed systems live.

The narratives and stories that Black people, journalists, and media-makers create and share in community-led newspapers, visual art spaces, libraries, and other physical and digital Black gathering spaces can be useful in helping to make the world around us more loving, more easeful, more liberated, more Black. We do all of this in the face of a media system that perpetuates the myth of Black inferiority and maintains a White racial hierarchy.

Media reparations are about saying: no more.

“No” to journalism and media written with the blood of Black lives. Instead, we offer an invitation to collectively dream of reparative policies, interventions, and futures that will radically transform who has the capital to tell their own stories by the year 2070.

Media reparations is an invitation to reclaim our stories from ideation to distribution.

This Jubilee Day, this Juneteenth, what freedom stories will you tell?

Diamond K. Hardiman is a cultural organizer grown from the love of a family from Aurora and Park Hill, Colorado. In her role as a program manager at Free Press, she builds the dreams, power, and local journalism needed to forge a reparative media future. She works with the Media 2070 and News Voices teams to name what is required for local-news ecosystems (including journalists, communities, journalism institutions, funders, organizers, and policymakers) to confront their histories of harm and listen to communities seeding repair. Before joining Free Press, she worked as a tenants-rights advocate in downtown St. Louis, a bail-support and resource advocate at the St. Louis Bail Project, and a member of a post-conviction team for men facing capital punishment in Jackson, Mississippi. She graduated summa cum laude from Saint Louis University with a degree in African American studies and political science. When she is and isn’t alchemizing journalism, language and narrative, you can find her loving on her people, resting well, and marveling at nature. She can be reached at: media2070.org.

Venneikia Williams serves as campaign manager for Media 2070, a project of Free Press. She is co-editor of and contributor to "Liberating Church: A 21st Century Hush Harbor Manifesto." She can be reached via email: [email protected]

Peter Slaughter   Hi and I am new member and being a CSU grad from the class of 1988 with a BA degree in Radio/TV Communications I think this platform is great and could play a major role in getting more businesses on the west side of the city again. I grew up in the 70's on the west side I remember " Westtown " and use to love going there as much as possible. I have great memories of " Westtown ". I would love to see another area like that as time moves on. 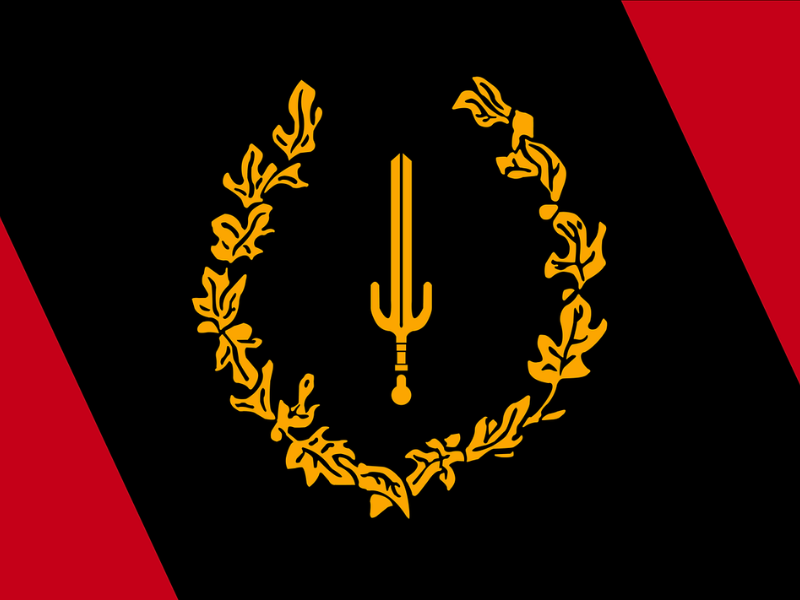 Everything You Need To Know About the Black American Heritage Flag
Learn about what it symbolizes and its significance for Black Americans. As the name of the fla 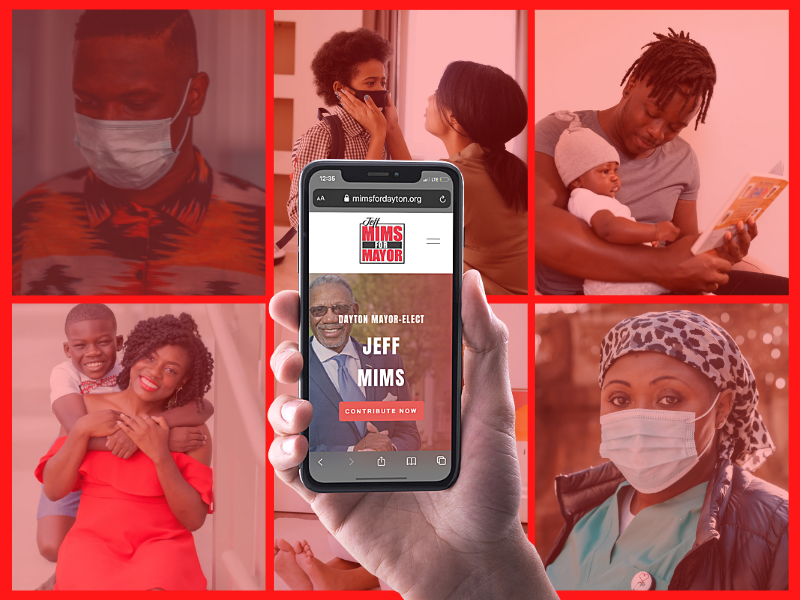 Perspective: What having a Black mayor means to me
By Nate Dillard Jeffrey Mims, Jr. is the 57th mayor of Dayton and fourth Black person to hold t 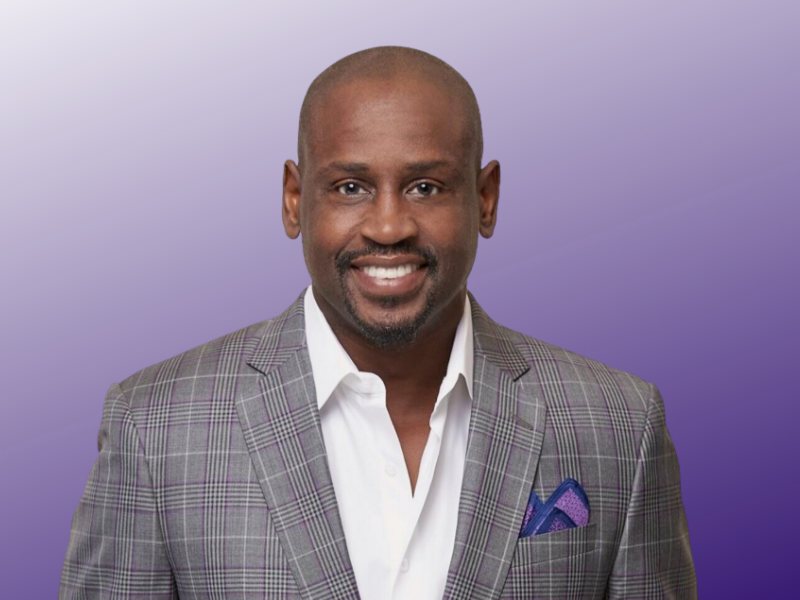