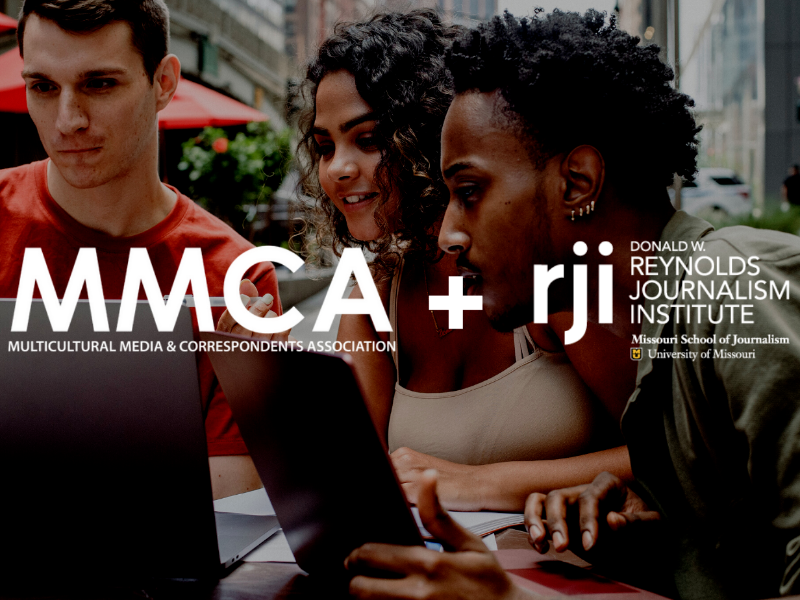 The Multicultural Media & Correspondents Association (MMCA) is an official funder of Elevate Dayton. Nathan Dillard, Elevate Dayton’s publisher, serves on the MMCA Advisory Board and is a paid contractor of MMCA through his digital consulting agency LunarX Agency.

Elevate Dayton is part of a bold new collaboration to help community media outlets tap into the billions of dollars that governments, corporations, banks, and community development financial institutions have pledged to invest in Black, Indigenous, and Communities of Color (BIPOC).

The Multicultural Media & Correspondents Association (MMCA), in collaboration with Missouri School of Journalism’s Donald W. Reynolds Journalism Institute (RJI), are partnering on a national effort to promote BIPOC media organizations as critical civic infrastructure and implement policies and strategies to fund as such.

The partnership expands the reach and impact of RJI’s “Inclusive Media and Economies” project and integrates it into MMCA’s ongoing efforts to increase BIPOC media ownership through advocacy, coalition building, galvanizing public, private and philanthropic resources, and its BIPOC Media Incubator. The project will be led by Linda Miller, who founded the initiative in May 2020, and supported financially by MMCA, RJI and Democracy Fund Voice.

“We are proud to partner with RJI to launch this national effort to fund BIPOC community media as a community development strategy,” said MMCA President David Morgan. Our goal is to better position BIPOC media for their crucial role as catalysts, facilitators, and monitors of equitable revitalization.”

“BIPOC-led media organizations have historically been underinvested in, despite the incredible power and influence these outlets have across BIPOC communities,” said Paul Waters of Democracy Fund Voice.  “A more equitable media landscape, with a diverse press reflecting the communities it reports on and for, is a necessary means to a thriving, informed society. Democracy Fund Voice is encouraged by the Inclusive Media and Economies project’s efforts to create a more equitable future.”

The Inclusive Media and Economies project started as an examination into why investing in diverse, local media is absent from economic development conversations, and what would it take to change that. In August 2021, RJI teamed with MMCA and Dynasty Consulting to help publishers of color tap into community development funds and use those investments to test new revenue strategies. The pilot projects were spotlighted at MMCA’s Nov. 18 BIPOC Community Media Development Summit, which included panel discussions with BIPOC publishers, policymakers, funders, community development financiers, and advocates.

Buoyed by the success of the summit, MMCA plans to launch a BIPOC Community Media Sustainability Coalition to rally the funds and other resources necessary to help BIPOC media outlets undergo the business transformations needed to strengthen themselves as essential community service providers.

“Inclusive Media and Economies has made great progress in determining how to engage community development stakeholders in conversations around media sustainability,” said RJI Executive Director Randy Picht. “MMCA is well-positioned to take the project to the next level, and we’re excited to strengthen our partnership.”