Juneteenth provides an opportunity to look at Black land ownership and the economic power it brings. 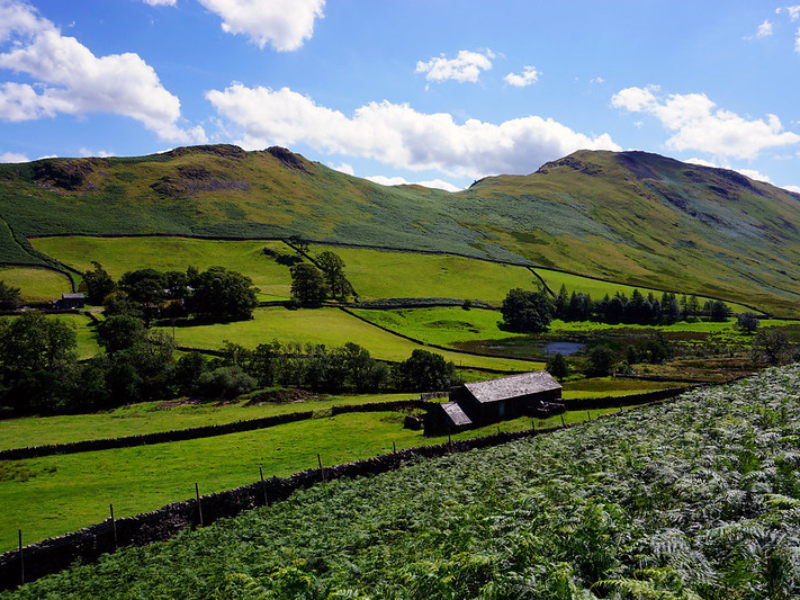 The proportion of the United States under Black ownership has actually shrunk over the last 100 years or so. (Photo  "landscape" by barnyz is licensed under CC BY-NC-ND 2.0)

Land loss has plagued Black America since emancipation. Is it time to look again at ‘Black commons’ and collective ownership?

By Julian Agyeman and  Kofi Boone, The Conversation

Underlying the recent unrest sweeping U.S. cities over police brutality is a fundamental inequity in wealth, land and power that has circumscribed Black lives since the end of slavery in the U.S.

The “40 acres and a mule” promised to formerly enslaved Africans never came to pass. There was no redistribution of land, no reparations for the wealth extracted from stolen land by stolen labor.

June 19 is celebrated as Juneteenth, marking the date in 1865 that former slaves were informed of their freedom, albeit two years after the Emancipation Proclamation. Coming this year at a time of protest over the continued police killing of Black people, it provides an opportunity to look back at how Black Americans were deprived of land ownership and the economic power that it brings. An expanded concept of the “Black commons” – based on shared economic, cultural and digital resources as well as land – could act as one means of redress. As professors in urban planning and landscape architecture, our research suggests that such a concept could be a part of undoing the racist legacy of chattel slavery by encouraging economic development and creating communal wealth.

The proportion of the United States under Black ownership has actually shrunk over the last 100 years or so.

Another study shows a 98% decline in Black farmers between 1920, and 1997. This contrasts sharply with an increase in acres owned by White farmers over the same period.

In a 1998 report, the U.S. Department of Agriculture ascribed this decline to a long and “well-documented” history of discrimination against Black farmers, ranging from New Deal and USDA discriminatory practices dating from the 1930s to 1950s-era exclusion from legal, title and loan resources.

Discriminatory practices have also affected who owns property as well as land. In 2017, the racial homeownership gap was at its highest level for 50 years, with 79.1% of white Americans owning a home compared to 41.8% of Black Americans. This gap is even larger than it was when racist housing practices such as redlining, which denied Black residents mortgages to buy, or loans to renovate, property were legal.

The lack of ownership is crucial to understanding the crippling economic disparity that has hollowed out the Black middle class and continues to plague Black America – making it harder to accrue wealth and pass it on to future generations.

A 2017 report found that the median net worth for non-immigrant Black American households in the greater Boston region was just US$8, but for Whites it was $247,500. This was due to “general housing and lending discrimination through restrictive covenants, redlining and other lending practices.”

Land ownership today could look very different. The idea of collective ownership has a long history in the United States. Even during slavery, a piece of ground was granted by slave masters for enslaved African subsistence farming. The Jamaican social theorist Sylvia Wynter called this land “the plot.”

Wynter has explained how that these parcels of land were transformed into communal areas where slaves could establish their own social order, sustain traditional African folklore and foodways – growing yams, cassava and sweet potatoes. Plots were often called “yam grounds,” so important was this staple food.

The connection between food, land, power and cultural survival was subversive in its nature. By appropriating physical space to support collective growing practices within the brutal constraints of slavery, Black people also demonstrated the need for common, shared mental space to enable their survival and resistance. Herbalism, medicine and midwifery, and other African American healing practices were seen as acts of resistance that were “intimately tied to religion and community,” according to historian Sharla M. Fett.

With the end of slavery, these plots disappeared.

The principles of collective land ownership evolved in post-slavery Black America. It was central to civil rights organizer Fannie Lou Hamer’s Freedom Farms, a cooperative model designed to deliver economic justice to the poorest Black farmers in the American South.

In Hamer’s view, the fight for justice in the face of oppression required a measure of independence that could be achieved through owning land and providing resources for the community.

This idea of a Black commons as a means of economic empowerment formed a focus of W.E.B. DuBois’ 1907 “Economic Co-operation Among Negro Americans.” DuBois believed that the extreme segregation of the Jim Crow era made it necessary to ground economic empowerment in the cultural bonds between Black people and that this could be achieved through cooperative ownership.

The accumulation of wealth was not the only desired consequence of a Black commons.

In 1967, social critic Harold Cruse argued for a “new institutionalism” that would create a “new dynamic synthesis of politics, economics, and culture.” In his view, economic ventures needed to be grounded in the greater aspirations of Black communities – politically, culturally and economically. This could be achieved through a Black commons.

As the political economist Jessica Gordon Nembhard has noted in reference to Black credit unions and mutual aid funds, “African Americans, as well as other people of color and low-income people, have benefited greatly from cooperative ownership and democratic economic participation throughout the nation’s history.”

The nonprofit Schumacher Center for a New Economics is working to rejuvenate the idea of Black commons. In a 2018 statement, the center proposed to adopt a community land trust structure “to serve as a national vehicle to amass purchased and gifted lands in a Black commons with the specific purpose of facilitating low-cost access for Black Americans hitherto without such access.”

The disproportionate effects of the coronavirus pandemic and unrest over police brutality have highlighted deeply embedded structural racism. Organizations such as Black Lives Matter and the Movement for Black Lives are demonstrating a renewed vigor around collective action and a blueprint for how this can be achieved in a digital age. At the same time, Black Americans are also forging a cultural commons through events such as DJ D-Nice’s Club Quarantine – a hugely popular online dance party. Club Quarantine’s success indicates the potential for using online platforms to facilitate community building, pointing toward future economic cooperation.

That’s what organizations like Urban Patch are trying to do. The nonprofit group uses crowdsourced funding to build community spaces in inner city areas of Indianapolis and encourage collective economic development that echoes the Black commons of years past.

The long history of racism in the United States has held back Black Americans for generations. But the current soul searching over this legacy is also an unrivaled opportunity to look again at the idea of collective Black action and ownership, using it to create a community and economy that goes beyond just ownership of land for wealth’s sake. 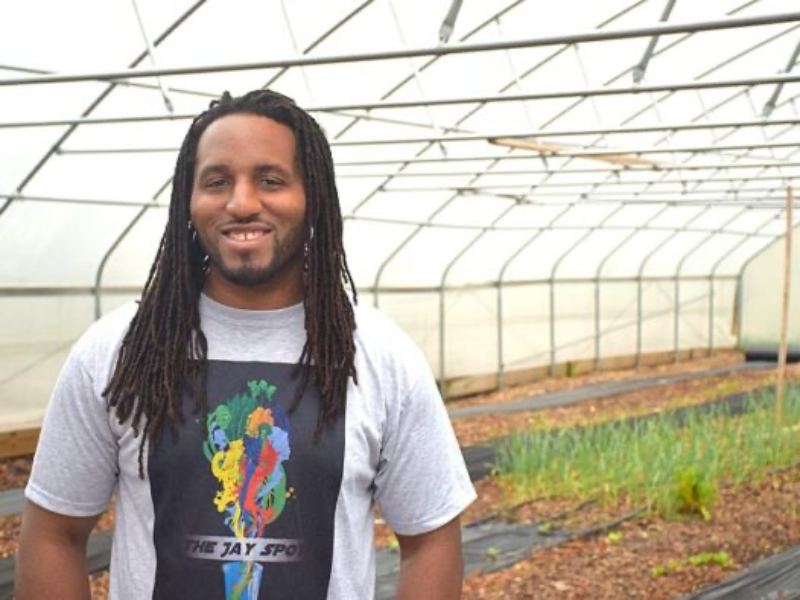 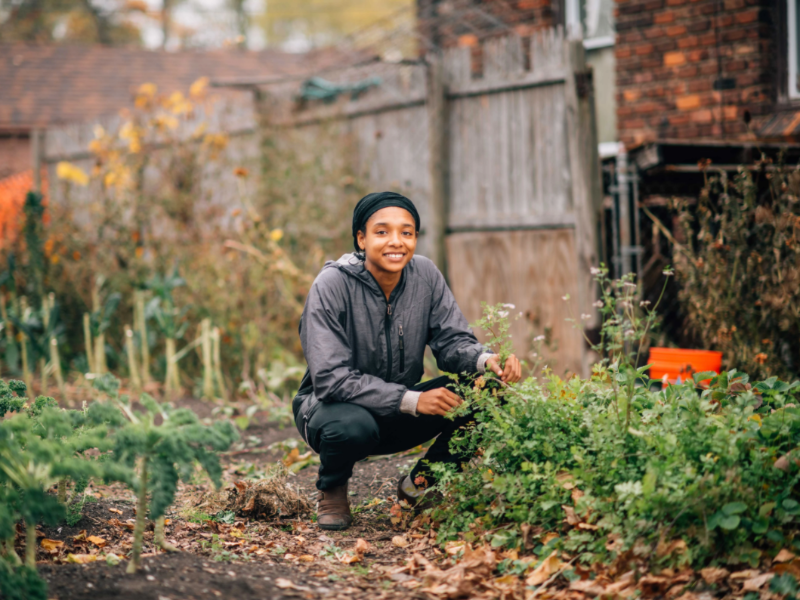 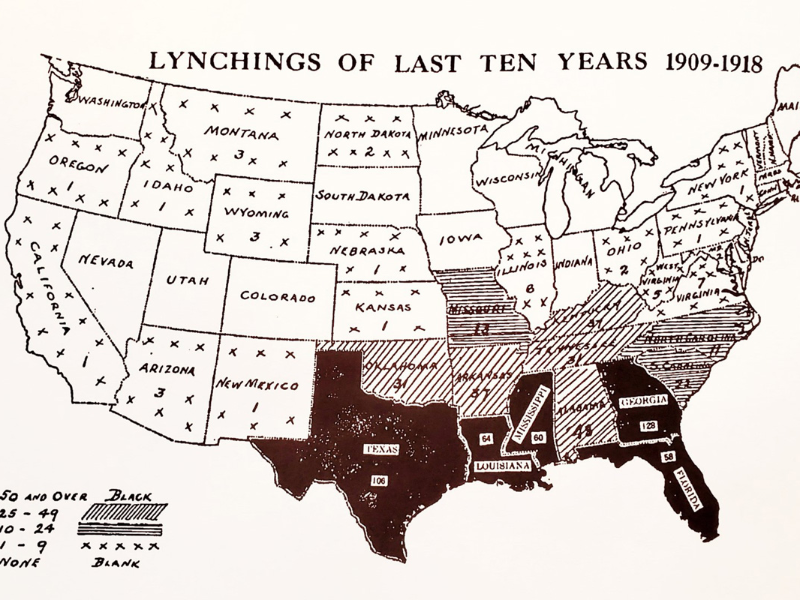 How Black cartographers put racism on the map of America
An early 20th-century NAACP map shows lynchings between 1909 and 1918. The maps were sent to politic