• Area once boasted many home-operated businesses

(Editor’s note: This article originally appeared in the 2020–21 Guide to Yellow Springs: Downtown, Then and Now. It is being republished, with permission, in 2 parts.)

In decades past, a villager could walk through town and encounter a host of businesses owned by Black residents of Yellow Springs.

“Over the years, I think there have been upwards of 40 businesses,” said villager Karen McKee.

This summer, the News spoke with McKee, Jalyn Roe and Jocelyn Robinson, longtime Black residents, who shared their memories of the Black-owned businesses their families frequented growing up in Yellow Springs. Memories are often all that’s left of once-thriving businesses owned by Black residents; in 2020, only one Black-owned business operates downtown — The Yellow Springs Toy Company, which Jamie Sharp opened in 2018.

This story relies mainly on memory — of those interviewed and those cited in YS News articles from the past — to construct a timeline of many of the village’s beloved Black-owned businesses.

McKee said that in her youth, many of the village’s Black-owned businesses were located along Dayton Street — it was the “primary business district” for Black shop owners, she said. A few also operated outside of the downtown business district.

Along Dayton Street, there was a shoe repair shop operated by James Johnson, which opened in the 1940s; the business was purchased by William Hawkins in the ’50s and renamed Hawk’s Shoe Repair. The shoe shop held special significance for McKee — her father, renowned former police chief James McKee, worked part-time at Hawk’s while still a student in Springfield.

“My mom used to walk home from school at Bryan High School and pass Hawk’s,” McKee said. “One day my dad was outside the shop while he was working and she walked by — and that’s how they met.”

Also on Dayton Street was Stag’s Cleaners, operated by Jason Stagner. It was one of two cleaners operating in the village at the time; nearby, on Corry Street, there was Joe Holly’s Cleaners, a white-owned business. Jocelyn Robinson said her family tended to patronize Stag’s over Holly’s.

“That’s where we felt comfortable,” she said. “Joe Holly was a cranky old guy — I don’t know if there was some bias there or if he really was just cranky, but I didn’t feel comfortable there.”

Bias wasn’t uncommon in Yellow Springs — famously, Gegner’s Barber Shop refused to accept Black men as customers, ending in a much-publicized demonstration on Xenia Avenue and the closure of the business in 1964. On Dayton Street, however, Black villagers were welcomed into the chairs of Black-owned barber shops and beauty shops.

Pemberton’s Barber Shop opened on Dayton Street in the 1940s, and was later replaced by the Village Barber Shop, owned by Emmett Burks, in the 1960s; behind the barber was the Village Beauty Shop — colloquially known as “Laura Lee’s” — operated by Laura Woods. (Darwin Lang later opened Lang’s Village Hair Salon in the same space in the 1990s.) The barber shop and beauty shop, according to Jalyn Roe, primarily served Black clientele.

“Burks’ was where all the Black kids and men had their hair cut,” Roe said. “Everybody was wearing big afros at that time and the kids used to call him ‘Butcher Burks’ because he would cut that stuff off and give a haircut that a middle-aged man would wear.”

In the 1960s, Roe’s parents, Jake and Maxine Jones, opened the MaJaGa Bar and Night Club on Dayton Street; it was located where the Gulch now operates.

“My dad said he named it after his three queens: Maxine, Jalyn and Gala,” Roe said, naming her mother, sister and herself.

Another bar previously operated in that space, and when the Jones’ took it over, they installed a stage and loft seating area and hosted performances from area bands. As the News reported, the locally formed psychedelic rock band Mad River got its start at the MaJaGa, playing its first performance there in 1966.

“It was a themed gathering place, Bohemian-type decor with big straw and leaves — it was just beautiful,” Roe said. “But, of course, Yellow Springs didn’t want anything to do with something like that!”

Roe said MaJaGa was picketed by disapproving villagers when it opened — which only strengthened her parents’ resolve to keep the business open.

“My mom used to laugh, she said, because 95% of those picketers became patrons,” Roe said.

Jake and Maxine Jones operated several businesses in the village in the ’60s and ’70s. Roe said they knew they wanted to be village entrepreneurs from the time they married in the 1940s — they were wed in custom-made business suits. Their first venture was the Party Pantry, which opened in the ’60s at the corner of Dayton and Corry streets. The business sold food and spirits for its adult customers, as well as treats for younger patrons who would stop by on their way home from school.

The Party Pantry was also one of the sites of Gabby’s BBQ; Gabby Mason, well-loved in the village, operated his business out of several locations over the years, including his Stafford Street home. In the ’60s, he cooked and served his signature barbecue from a portion of the Party Pantry that Jake Jones, who was a good friend, rehabbed specifically for that purpose.

The Joneses sold the Party Pantry to Shelley Blackman Sr., who, looking to expand, moved to a newly constructed beer, wine and liquor drive-through at the rear of Kings Yard in the early 1970s. 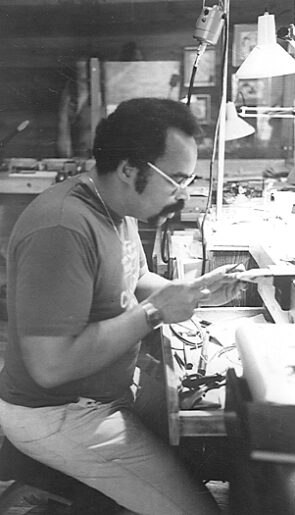 Mark Crocket at work in Rita Caz Jewelry in 1986, shortly after the store’s opening. (Photo courtesy of YS News Archives)

The large, glass-fronted building would go on to be the home of Rita Caz Jewelry Studio, and now houses the House of AUM and Little Fairy Gardens.

The Joneses were also the first Black owners of a Cassano’s Pizza franchise, their third village business, which opened at the corner of Xenia Avenue and Corry Street, where the Winds Wine Cellar is now. Roe said she remembers a bit of controversy surrounding that business, too. This time, folks were concerned about the sign — which bore the full name of the business, “Vic Cassano Mom Donisi Pizza King” — being too garish.

“As a franchise, they had to do everything the franchise way — but Mr. Cassano allowed them to change the sign to reflect the village’s culture.”

When the Joneses closed the Pizza King, another Black-owned business moved from across the street to fill the vacant space — Gabby’s Pit BBQ, which Roe said her mother helped run for a time.

“My mom and Gabby’s wife, Mary, did all the marketing and business-running, and Gabby made the food and the sauce,” she said.

Another drive-through alcohol establishment was Eddie’s Drive-Thru, owned by Eddie Ellington, on Xenia Avenue. McKee said her parents would go through Eddie’s to pick up cream sodas for floats once in a while for a treat that was “pure sugar — it sent you into orbit,” she said. Eddie’s also served pizza, which is fondly remembered. The space later became Peach’s Grill, named after its talented original Black chef, David “Peach Fuzz” Sebree.

Further down Xenia and onto Glen Street was an electronics shop owned by Bill and Camilla Harris. The Harrises went on to open the bowling alley; that building, located between Village Automotive and Dollar General, is now owned by YS Brewery for storage and events.

COMING TUESDAY: Reflections on Community Part II How desegregation, loss of industry, and a shift to tourism contributed to the decline of Yellow Springs' Black business district.

The village’s Black-owned businesses weren’t all concentrated downtown — in the 1940s, Oliver Henry opened a small grocery store at the corner of High and West Davis streets where Michael James Salon now stands; in the 1950s, Henry Williams operated a grocery and pool hall in the same space.

Right across High Street on Davis was Com’s, a popular restaurant for both town and gown, opened by Hillard “Com” and Goldie Williams in 1945. Villagers still remember Goldie’s gumbo soup and fried chicken. The same site was later DGs, where “Peach Fuzz” honed his cooking skills and was remembered for his swiss bacon burgers. Its final incarnations were as Trisha Di’s and Sharon’s, and the art deco bar back from the location now resides at Peach’s Grill. The site of the businesses is now a private residence. 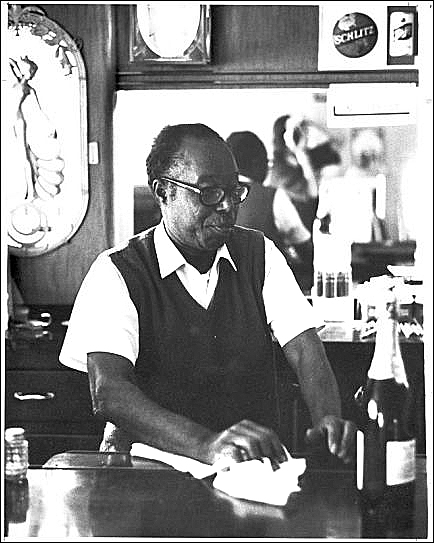 “The question everyone has is, what happened?” McKee said. “There used to be a significant number of Black-owned businesses — there’s not a simple answer to the question.” 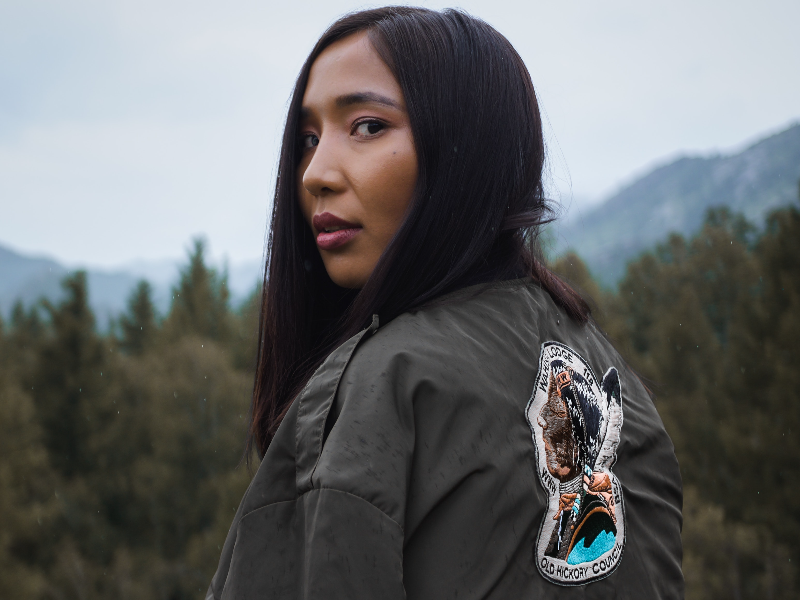 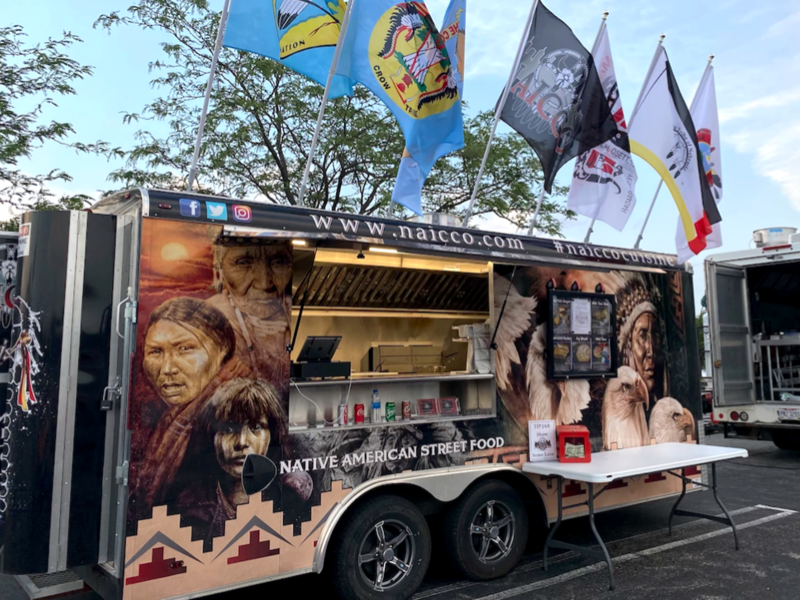 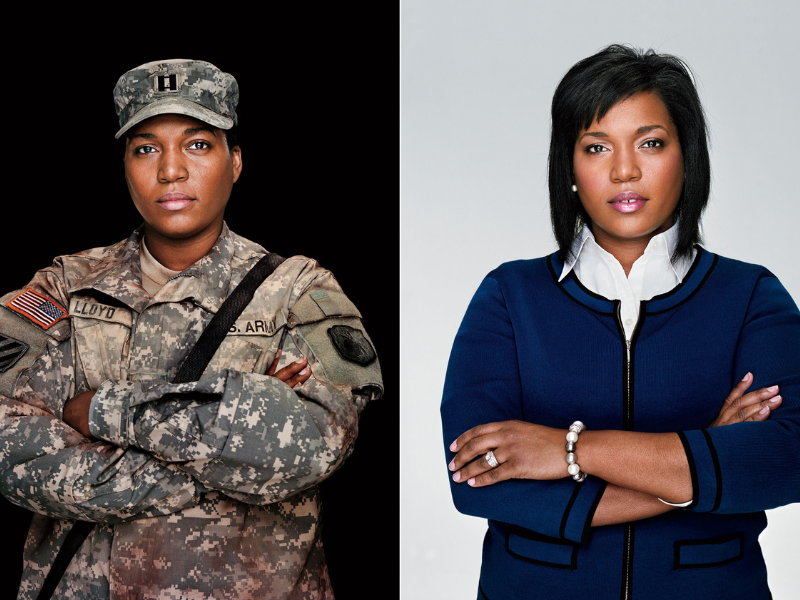