The ABCs of CDFIs: A primer on a critical sector of the economy 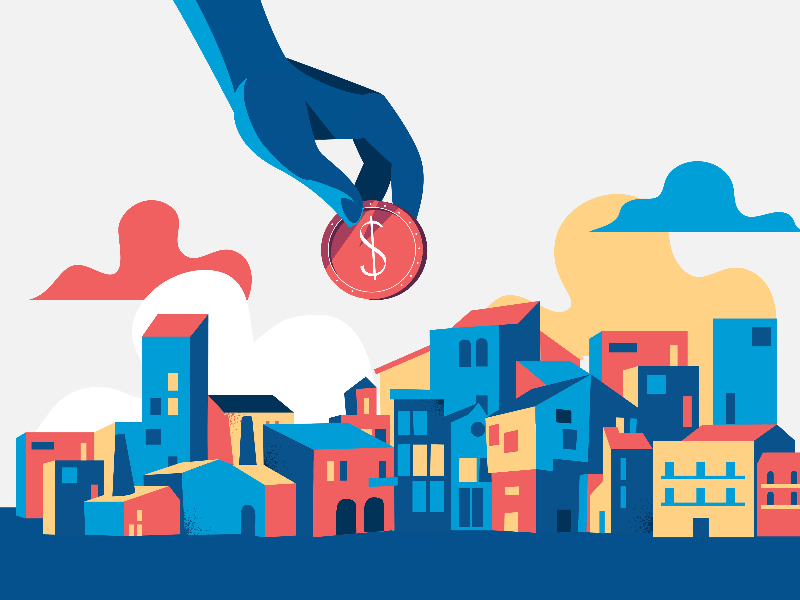 Modeled after Black banks and immigrant guilds of the 1880s, CDFIs funnel much-needed capital to underserved businesses and communities.

While Community Development Financial Institutions (CDFIs) often operate behind the scenes and get little public attention, they play a crucial role in helping underserved communities and businesses access financial tools such as loans, technical assistance, and community development financing. Here’s a primer on this important sector of the American economy.

What are CDFIs and why were they created?

A CDFI is a mission-driven, government-certified business or organization that expands economic opportunity in under-resourced communities. They must direct at least 60% of its financing to either economically distressed communities, low- and middle-income populations, or African American, Hispanic, Native American, Native Alaskan, Native Hawaiian, or other Pacific Islander communities.

While the term CDFI is relatively new, the model draws on a rich tradition of self-help credit where communities that were ignored or abandoned by traditional financial institutions rallied to provide their own financial services—from the first Black banks and immigrant guilds of the 1880s to the first community credit unions formed by African-Americans in the 1930s.

The current CDFI industry began taking shape in the late 1960s and early 1970s as part of governmental efforts to alleviate poverty and address racial discrimination. Today, there are nearly 1,400 certified CDFIs in the U.S. Although there is at least one CDFI in each of the 50 states, distribution varies. Mississippi — the state with the lowest median household income — has more than 100 CDFIs, while Ohio has 19.

How are CDFIs funded?

CDFIs receive funding from a handful of main sources.

Government: The federal government supports CDFIs by awarding funding and tax credits to institutions certified under the U.S. Department of Treasury's CDFI Fund, which was established in 1994 and certifies eligible CDFIs. Since its creation, the CDFI Fund has awarded more than $5.2 billion to CDFIs, community development organizations, and financial institutions through programs designed to economically empower America’s underserved and distressed communities. During the COVID-19 pandemic, the Small Business Administration (SBA) has used CDFIs to deploy billions of dollars of assistance to pandemic-stricken businesses.

Banks:  In 1995, Community Reinvestment Act (CRA) regulations explicitly recognized loans and investments in CDFIs as a qualified CRA activity. Since then, CRA-covered banks have issued almost 29 million small business loans worth $1.156 trillion in low- and moderate-income (LMI) tracts, and issued another $1.179 trillion in community development loans that support affordable housing and economic development projects benefiting LMI communities, according to an analysis of bank lending data by the National Community Reinvestment Coalition

Corporations and philanthropic funders: Until the late 1990s, foundations were the largest source of loan funding for CDFIs. Philanthropic support of CDFIs has declined significantly since then, as government policy changes fueled  public funding for CDFIs and through increased bank lending. Still, grants continue to be a critical funding source for helping CDFIs to leverage debt, build capacity, and grow net assets.

In recent years, as public pressure pushed corporations to do more to drive equitable economic growth and address systemic barriers to economic opportunity, CDFIs have become a pipeline for racial and gender equity investments.

For instance, between June 2020 and May 2021, public and private companies, including Paypal, Costco, Square, Inc., Aflac, Wayfair, DuPont, McKinsey and Co., ThermoFisher, HubSpot, and Dicks Sporting Goods, bankrolled a $250 million Black Economic Development Fund at  the Local Initiatives Support Corporation (LISC), one of the oldest and largest CDFIs in the nation. The fund invests in Black-led banks, anchor institutions, businesses, and real estate developers.

Intermediaries: Industry trade groups also take money from corporations and investors and funnel it to CDFIs. For instance, between 2020 and 2021, the Opportunity Finance Network (OFN) distributed $180 million in loans and grants provided by Google and Google.org to 62 of its 370 member CDFIs. In turn, the CDFIs provided loans to 131,652 small and medium-sized businesses operating in communities underserved by traditional finance and primarily owned or led by minorities and/or women. CDFIs paired Google’s loans and grants with other funding opportunities, resulting in a total of $1.6 billion for businesses.

“Our mission is to help strengthen our network and the CDFI industry more broadly,” says Jennifer Vasiloff, OFN’s chief external affairs officer. That’s done, she says, specifically by channeling grants and low-cost debt to its members.

What impact do CDFIs generate?

Over the past 30 years, the CDFI industry has become a critical part of the financial infrastructure. And in a country where discriminatory practices such as redlining continue to have devasting consequences for Black and Brown communities seeking access to capital, they play an important role in combating poverty and addressing racial disparities.

“Because at least 60 percent of a CDFI’s funds have to be lent to underserved businesses, the impact is built in,” says Kerrington Eubanks, senior vice president of Strategic Partnerships at Lendistry, the only fintech CDFI with a nationwide footprint.

CDFIs manage around $220 billion, with 84 percent of that capital going to low-income communities, 60 percent to people of color, half to women, and 27 percent to people living in rural regions. According to Treasury Secretary Janet Yellen, “for every dollar injected into a CDFI, it catalyzes eight more dollars in private-sector investment.”

The CDFI Fund makes an impact by providing awards to organizations that make credit, capital, and other critical financial services available to

Some CDFIs finance large-scale redevelopment projects, such as affordable housing. Others focus on providing fledgling businesses with low-cost loans and technical assistance, such as help with a business plan or marketing advice. Still others provide job training and recruitment assistance.

CDFIs were instrumental in funneling federal COVID relief dollars into low- and moderate-income communities, where people aren’t being served by traditional, main street banking institutions. They were essential to getting pandemic relief out to minority-owned small businesses during round two of the Paycheck Protection Program in part because of initial failures of the program to help many small businesses owned by people of color.

Through the government’s $1.25 billion CDFI Rapid Relief Program, CDFIs were able to make smaller-dollar loans to distressed businesses as well as offer more loan deferments, forbearances, and modifications with flexible terms, according to the Federal Reserve Bank of New York.

Lendistry, for example, ranked eighth in Paycheck Protection Program (PPP) lending of any institution nationwide last year, deploying $3.9 billion to over 204,000 small business owners. As the only African American-led CDFI to have a SBLC (Small Business Lending Company) license, Lendistry works in the space between microlenders, which might loan sums from $10,000 to $20,000, and traditional lenders such as main street banks that are seeking to loan to larger entities for a better return on their loan.

“CDFIs (play a crucial role because they) can loan the lower amounts that businesses need as they are growing,” Eubanks says.

What do CDFIs need to truly meet community needs?

A major need is access to more capital via the CDFI Fund, which OFN’s Vasiloff says is “always oversubscribed.”

“(CDFIs) need the grant dollars to help cover operations in addition to the extra assistance that CDFIs typically offer, whether that’s in the form of business counseling or other technical assistance,” she says.

Banks also need more incentives to provide capital to CDFIs, says Eubanks of Lendistry. But more than anything, her organization seeks collaboration and strategic partnerships with other CDFIs and mission-driven organizations.

“These are organizations we are calling on to partner with because they have relationships with their communities.”

IFF (across the Midwest) 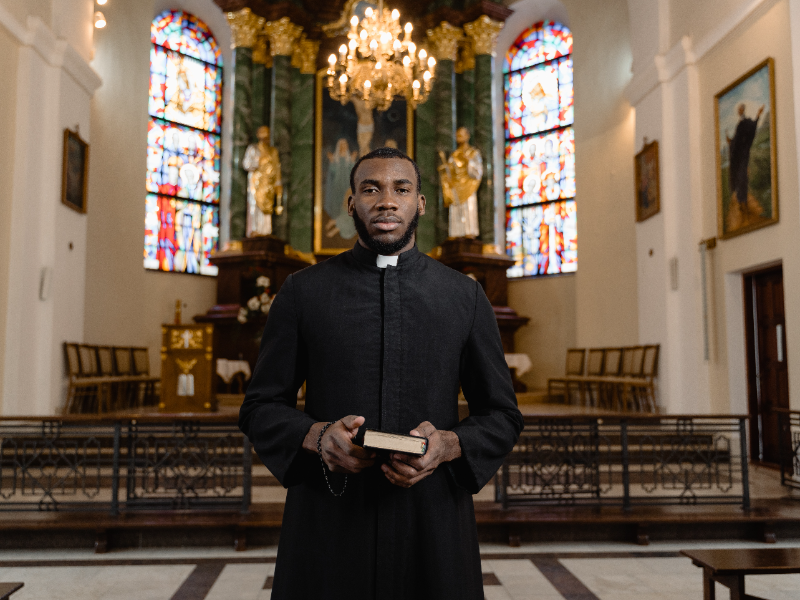 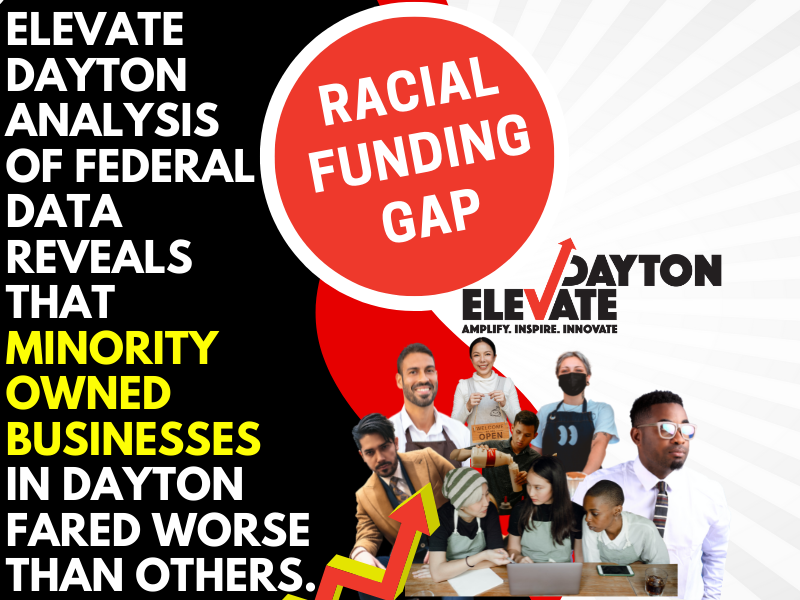 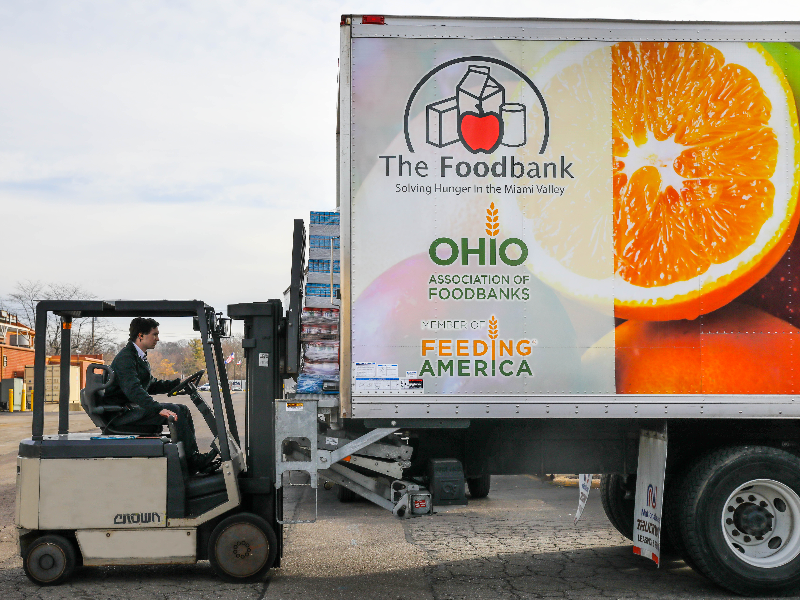