We value justice, equity, diversity and inclusiveness. Elevate Dayton creates a diverse workforce and working environment that values the creative pursuit of excellence, respect, honesty and transparency with one another and with our clients and with our audience. We take personal responsibility for our actions, including the courage to admit mistakes, and the resolve to persist through adversity to achieve the mission of Elevate Dayton. 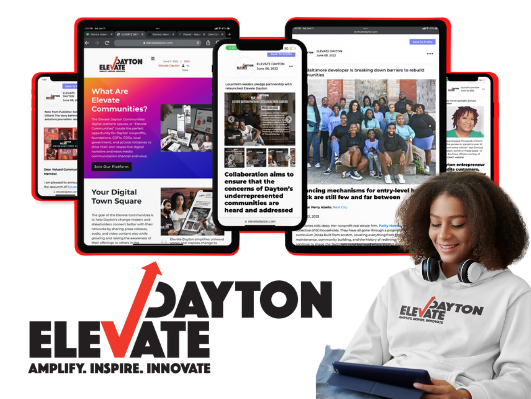 Elevate Dayton is intentionally not competing with any of the existing media companies in Dayton. We uniquely fill a shameful, gaping information void about the un- and under-covered communities of Dayton, primarily those of Black, Indigenous and People of Color (BIPOC) as well as other un-heard communities.

This coverage comes at a time in our local, state and national history when citizens, businesses, nonprofits, educational institutions and government agencies are acutely aware of the inequities and lack of inclusion for BIPOC and other similarly ignored communities. 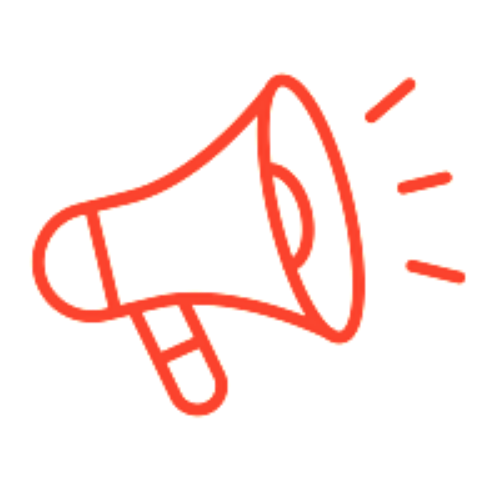 Amplify: To better inform our citizens, we give voice to Dayton’s voiceless communities, and empower them by elevating their unique perspectives, opinions, and experiences as people who are living through the untold or under-covered issues impacting their everyday lives. 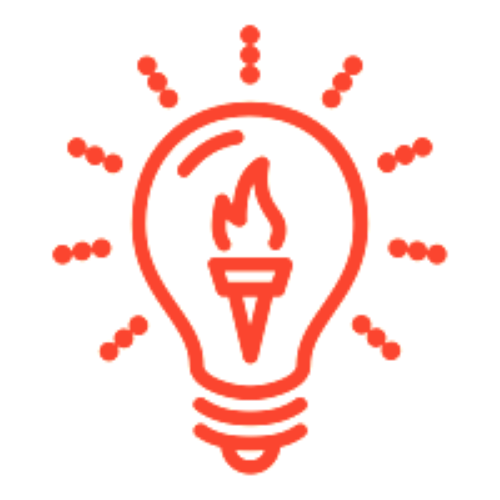 Inspire: We highlight successful members of our under- served communities to make their inspirational stories and resources accessible to people aspiring to be like them and enable connections between them. 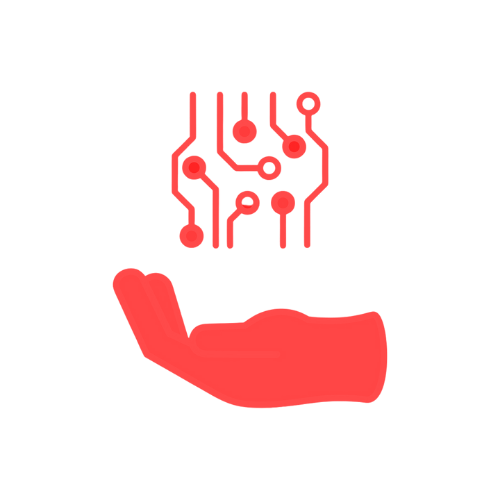 Innovate: We strive to help solve Dayton’s problems by producing trusted, community-based journalism to mobilize our citizens to focus on creating innovative solutions to the issues impacting the everyday lives of Dayton’s under-represented communities. 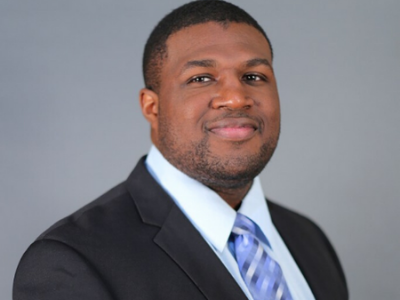 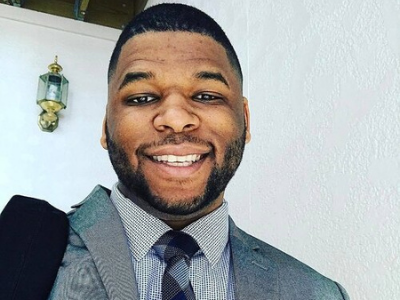 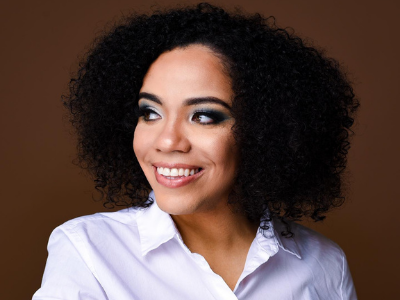 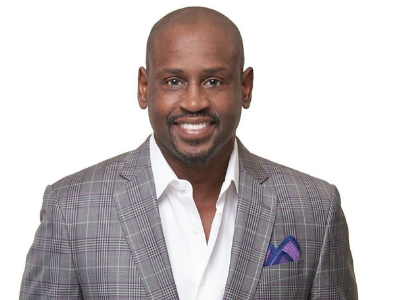 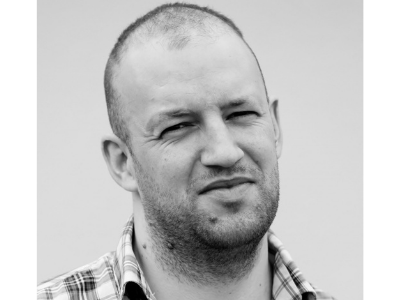 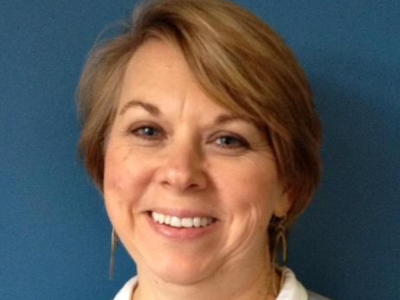 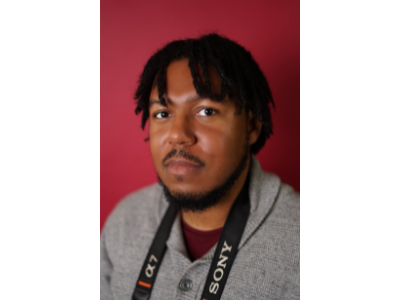 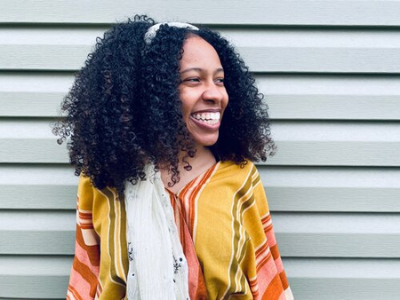 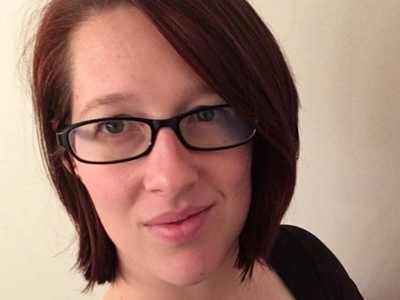 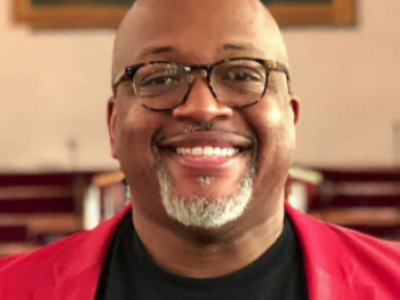 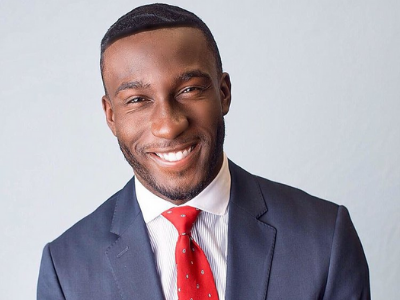 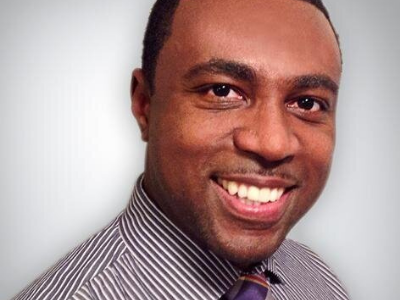 Zack Frink has a background in public relations with previous positions at local governments, school districts, nonprofits, businesses and marketing agencies. He originally started his career as an associate TV news producer.

Outside of work, Frink enjoys watching sports, reading news, listening to podcasts and binge-watching his favorite TV shows. Email [email protected] with your story submissions and any other questions.

Nathan A. Dillard is a U.S. Air Force Veteran based out of Wright-Patterson Air Force Base in Dayton, Ohio. He served ten years in the Department of Defense as a Knowledge Operator at the National Air and Space Intelligence Center before working as a government IT consultant for the defense contracting firm Booz Allen Hamilton. Dillard now serves as founder and CEO of LunarX Agency, a Veteran Minority-Owned full-service digital & design consulting firm. Additionally, he is the Founder and Publisher of Elevate Dayton, a Black-owned digital platform where Dayton-area residents share their unique perspectives through written stories, videos, podcasts, photo galleries, and more.

Chanda Hunter is a Dayton-native who began her career in multimedia five years ago, following her graduation from the University of Toledo with her Bachelors in Marketing and Management.

She specializes in podcast production, marketing, and program coordination. Hunter hosts a number of podcasts under her company, Army of Dreamers Media Group, which is a motivational media platform that highlights dreamers worldwide.

Contributing to Elevate Dayton gives her the opportunity to stay involved in the city that’s near and dear to her heart, as she currently resides in Columbus, OH, where she works as a marketing coordinator in the financial industry.

Stephen Starr is an Irish journalist, author and teacher who moved to Dayton in 2018 after a decade spent in the Middle East. In the Midwest, he reports on social justice, outdoor recreation and the news for National Geographic, BBC News and other international media. Stephen teaches part-time at the University of Dayton, has reported from 16 countries and is the author of 'Revolt in Syria: Eye-Witness to the Uprising.'

Linda Miller leads the Reynolds Journalism Institute’s Inclusive Media and Economies Project, an effort to equip local media to report on – and compete in – an inclusive economy. Prior to that she spent 15+ years as a newspaper reporter and editor and a decade leading engagement and inclusion initiatives in public media. She oversaw the expansion of the Public Insight Network, a platform for making journalism more diverse, collaborative and community-centered, and later expanded that work to include narrative change, impact evaluation and inclusive workplace strategies.

Born and raised in the Dayton area, Malik Keith graduated from Central State University with a Bachelor's Degree in communications with a focus in broadcast media. As a student, he served as president of Central State's National Association of Black Journalists college chapter, hosted the radio program "Jazz at Sundown" on Jazzy 88.9 WCSU and played the trumpet in the Invincible Marching Marauders.

Following his graduation in 2014, Keith worked for Cox Media Group Ohio as a multimedia journalist, where he produced and covered stories across various platforms, including television, print and digital.

She is a recent graduate of Wittenberg University where she obtained her bachelor’s degree in English. During Ponder’s undergraduate years at Wittenberg, she worked as a staff writer for the student-run paper, The Torch, contributing both feature and hard news stories. Prior to Wittenberg, she received her associate degree in Creative Writing from Sinclair Community College, studying poetry, fiction and narrative writing.

As a Dayton-native, Ponder hopes to write stories that encourages and inspires the her community.

In her spare time, she enjoys playing with her niece and nephews, painting, watching her favorite Disney movies and volunteering at her church on the worship/tech team.

Audrey Ingram is the events and social media coordinator for Launch Dayton, a program that works to connect entrepreneurs to peers, resources and supporters throughout the region.

She believes in the power of stories and previously reported in Iowa where she covered community topics, including business and education. An award-winning journalist, Ingram holds five first-place honors from the Iowa Newspaper Association, the Iowa Associated Press and the Inland Press Association.

In 2014, she was named an Outstanding Young Iowa Journalist.

Ingram moved to Dayton in 2016 and quickly fell in love with the city, its diverse communities and the people who call it home.

Peter Edward Matthews is a highly-sought author and speaker who has preached, lectured and held keynote discussions extensively throughout the United States, India, Jamaica, England, Switzerland, The Democratic Republic of the Congo and South Africa the past two decades. A reoccurring guest contributor to HuffPost, he also is the co-founder of the Global Village, a collective of seven Methodist churches from which he secured more than $500,000 to initiate creative solutions to persistent problems in critical core urban areas. In that capacity, Matthews also leads a four-person staff to renew the Methodist faith from an international context while developing a pipeline for a new generation of people wanting to work in historic African American congregations with Methodist Theological School of Ohio in Delaware.

He is currently is the lead pastor for McKinley United Methodist Church, the oldest African American church in Dayton, Ohio. Matthews is the youngest lead pastor in the 130-year history of the church. In addition, Matthews is the inaugural executive director of the John E. Moore Sr. Center for Equity. The center, Dayton’s leading faith-based social incubator, is McKinley’s social service agency that serves more than 3,500 people annually alongside the University of Dayton, the Urban League, Primary Health Solutions, City Wide Development Corporation, West Dayton Strong and Sinclair Community College.

He is the founder and president of Holistic, Inc., an international nonprofit consulting company specializing in organizational development and leadership training. Matthews established the organization in 2002 and continues to lead it today. He is a graduate of Denison University, Princeton Theological Seminary and the first African American to earn a master’s degree in Ecumenism from the University of Geneva. Matthews is currently working on his doctoral thesis titled “Franchise Hope (Social Holiness as a Spiritual Enterprise)” at the Methodist Theological School of Ohio. He is married with two adult sons and one five-year-old grandson who takes his breath away every time he says, “Pa Pa.”

While a student at Denison, Matthews was a Clifford Tyree Scholar, studied abroad at the University of Durban in South Africa, was chief minister of the Black Student Union during its 25th-anniversary celebration, was on the staff of WDUB-FM, worked for three years with the Office of Student Life as a residence hall advisor, volunteered with Big Brothers of America and worked as a rape survivor advocate. Since graduation, he has been active in the Denison Black Alumni Association.

Matthews’ favorite memory at Denison was working with both the African Methodist Episcopal Church and the African National Congress as a volunteer in the first all-inclusive, non-racial elections during the fall of 1993.

Darius Beckham is the Project Manger for the Dayton-based Hall Hunger Initiative’s Food Delivery and Rescue Program. Prior to that role, he was a legislative aide to the Dayton City Commission.

Beckham is a Dayton, Ohio, native and a graduate of the University of Dayton.

Throughout his undergraduate career, he was president of the Black student union, Black Action Through Unity, while also serving as a Dayton Civic Scholar and a neighborhood organizer with the Dayton Department of Planning and Community Development. With the city, Beckham worked to build capacity in various Dayton neighborhoods. He continues to focus on solving local issues.

Bentley Charlemagne serves as the Chief Visionary and Solutions Concept Architect for the Qme Spotlight Ecosystem agency. He has 18+ years of experience in print creative, production and logistics, marketing, branding and technology digital solution development

Charlemagne is a visionary and results-driven executive who is always looking for new ways to deliver value to customers and partners. His ability to drive relevant connections and bring people together to champion solutions to significant challenges has led him to develop several scalable proprietary products, IPs and innovations. Charlemagne has an infectious desire to spearhead change-based initiatives, maximize multi-resource partnerships and create business development opportunities. He has grown Qme into a robust solutions ecosystem with partners and clients from all over the globe.